I'm In Love With A Taurus Man With A Girlfriend And A Son. What Do I Do? 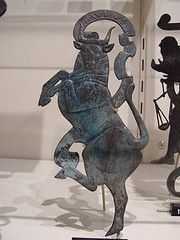 Another aspect of Taurus men is that they take plently of time deciding if a partner is worthy of their commitment.

If he does decide to leave his current girlfriend and son for you, then he'll take a long time weighing up the pros and cons of this decision. You may need a great deal of patience here.

Will a Taurus man leave his wife, or just carry on cheating?
Taurus men have some great attributes they can bring to a relationship:

Taureans also have some not-so-good traits to their character:

My advice to you would be to confront him, and ask him what he truly wants. If he does not wish to leave his girlfriend or son, then you should stop seeing him.

Fred Jones answered
He has a son and you have kids as well but he is dating another woman yet he is romantic with you but no physical contact? I would be very concerned with this as this is a form of cheating. He has a relationship with her but I would imagine she is not aware of you.

If he is cheating on her, can you guess what he will do when he stops the relationship with her and begins with you? Once a guy cheats, it is a general rule that he will continue.

If you feel very strong about wanting him for yourself, you need to be a little more aggressive and confrontational. Ask him when he is going to part ways with this girlfriend and why he feels the need to stay with her. Tell him that by having the relationship with you, that he is cheating on her anyway so he should end it quickly.

I have assumed that you have already told him how you feel and your expectations so if not, you had best take care of that as lack of communication will be devastating and is to a majority of relationships.

Anonymous answered
Taurus men are one of the most loyal signs, but once in a while this goes wrong. Be advised though that his sign is the very last one to leave his wife or girlfriend over another woman. Taurus men crave stability and security. Jumping from one girl to another seems very strange and he may be doubting the move himself. He has a family. He seems settled enough.

Confront him. Tell him you're not going to wait around forever. If he's just practicing his charms as one of the most romantic signs, tell him to go elsewhere.

Make him feel he's not jumping into open water by leaving his girlfriend to be with you. Taureans above all else need absolute security and stability. Give him that.

Don't end the conversation without getting a finalized date for when he'll be ending it with her (no more than a week away!) and if he says he needs to think about it, tell him he has until tomorrow night to decide. If he hasn't chosen by then, you're gone. Don't call him after that, and be nonchalant with him if you happen to run into him. Don't cave in no matter how lovingly he gazes at you. (I know first-hand how persuasive 'that look' can be. I get it everyday).

Stay away from him...send him packing.  He's probably just a player...I know I have been in this same situation with a Taurus man and hell drag this on forever at your expense.

Yes he'll say he's not happy but he'll not leave her... You will end up crushed and he'll be gone without a word of apology. Don't listen to his stories...run!